Continuing across the miles of Iowa highway, I passed a sign for a town called What Cheer. That made me smile. Town names can be so evocative of hopes and expectations, as well as of local histories. Pulled off at the exit for West Branch and headed for the Herbert Hoover Presidential Library and Museum. 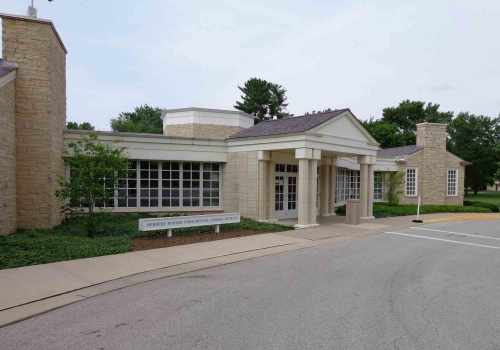 Hoover, the son of a blacksmith, was born here in West Branch, in a tiny, two-room cabin, in 1874. His father died in 1880 and his mother in 1884, leaving him an orphan at age 10. (In later years, when asked about the past, Hoover would comment, “As gentle are the memories of those days, I am not recommending a return to the good old days. Sickness was greater and death came sooner.”)

Bert (as Hoover was known in his childhood) was put on a train, alone, and sent to an uncle in Oregon. A local teacher, recognizing the young Hoover’s remarkable intelligence, too an interest in him, introducing him to great literature. By age 17, Bert became the youngest freshman at Stanford University, where he trained as a geologist.

In 1897, he headed to Australia, as a geologist and mining engineer. Australia, in fact, offered the one other fact I knew about Hoover: I was told during my first trip Down Under that Hoover saved the koala. When he returned to the U.S., he got the importation of koala fur outlawed, and that saved these iconic marsupials from being wiped out. (I told one of the docents this, and she was delighted to learn that someone somewhere in the world was still talking about Hoover.) END_OF_DOCUMENT_TOKEN_TO_BE_REPLACED